Our coaching philosophy is unlike anything you’ve experienced working with other Clubs. We have a unique and proven way to coach, keeping our standard of coaching excellent. Coach Huebner, a local collegiate coach, is our master coach.  He sets forth a curriculum for each practice, ensuring that every athlete receives the same instruction.

The benefits of The Master Coach Philosophy include:

Please check out our blog section for more information on The Master Coach Philosophy.

If you are a player and you desire a coach and system that is uplifting and will help you develop into the player you want to be, call Club 940 TODAY.

If you are a parent who wants nothing but the best for their child and craves a solid structure with no guessing games, call Club 940 TODAY.

If you are a coach who is willing to try a new approach to Club volleyball, call Club 940 TODAY. 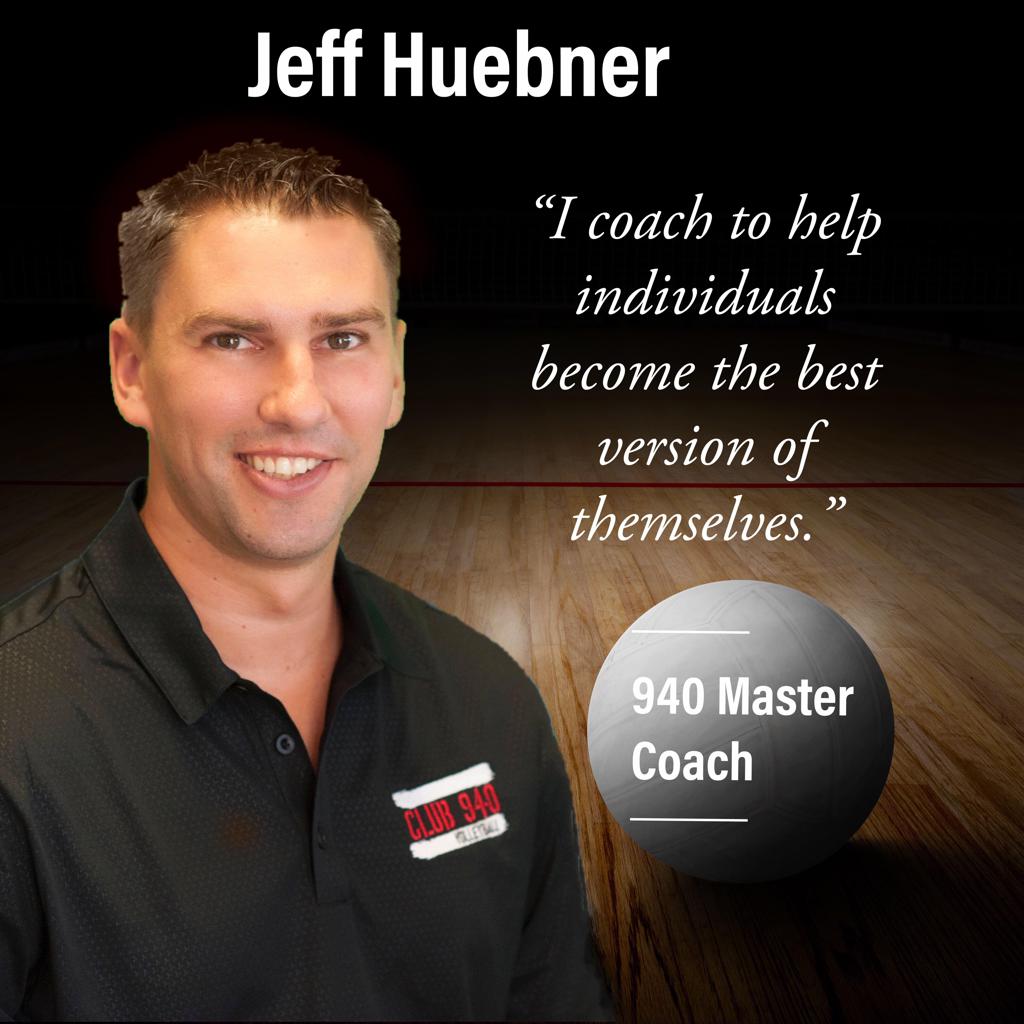 Coach Huebner is the guiding principle behind the group of talented and uplifting coaches who make up the staff here at Club 940. He is a 15-year coaching veteran and has experience at nearly every level of volleyball, making him a prized asset to our family. Coach Huebner is also the author of the Master Coach Philosophy that Club 940 uses to control the methodologies, training programs, and rationales each of our coaches will use moving forward.

Before coming to Club 940, coach Huebner excelled collegiately in Division I, II, and in the NAIA. He currently has an overall win percentage over 65 percent. Beyond the college level, coach Huebner coached in middle school, high school, and on the sidelines with his club teams – that stretch included four Top 10 finishes (high school) and six Medal finishes in the 16s and 18s Open Divisions.

Coach Huebner’s philosophy is simple and transcends the expectations that come with learning how to win on the court: help athletes become the best version of themselves. He has a passion for connecting with players and equipping fellow coaches in a way that encourages everyone to grow and develop. This is a missing piece in Club sports nowadays, as many coaches get too caught up in wins and losses and think beating a player down with insurmountable pressure is the key to bringing out the best in them. Coach Huebner believes the key to winning is building players up, giving them a solid foundation upon which to excel as a player and person, and focusing more on the needs of the team and how it works together on the court versus only looking for talented players.

Coach Huebner has been named Coach of the Year twice, AVCA Region Coach of the Year, and a 30 Under 30 recipient. His experience includes working with athletes who have played at the junior college level all the way up to the Power 5 Conference. He’s coached 12 All-Americans, 36 All-Conference award winners, and 13 AVCA All-Academic team winners.

Thank you, Coach Huebner, for being an inspiration to so many players, coaches, and parents. 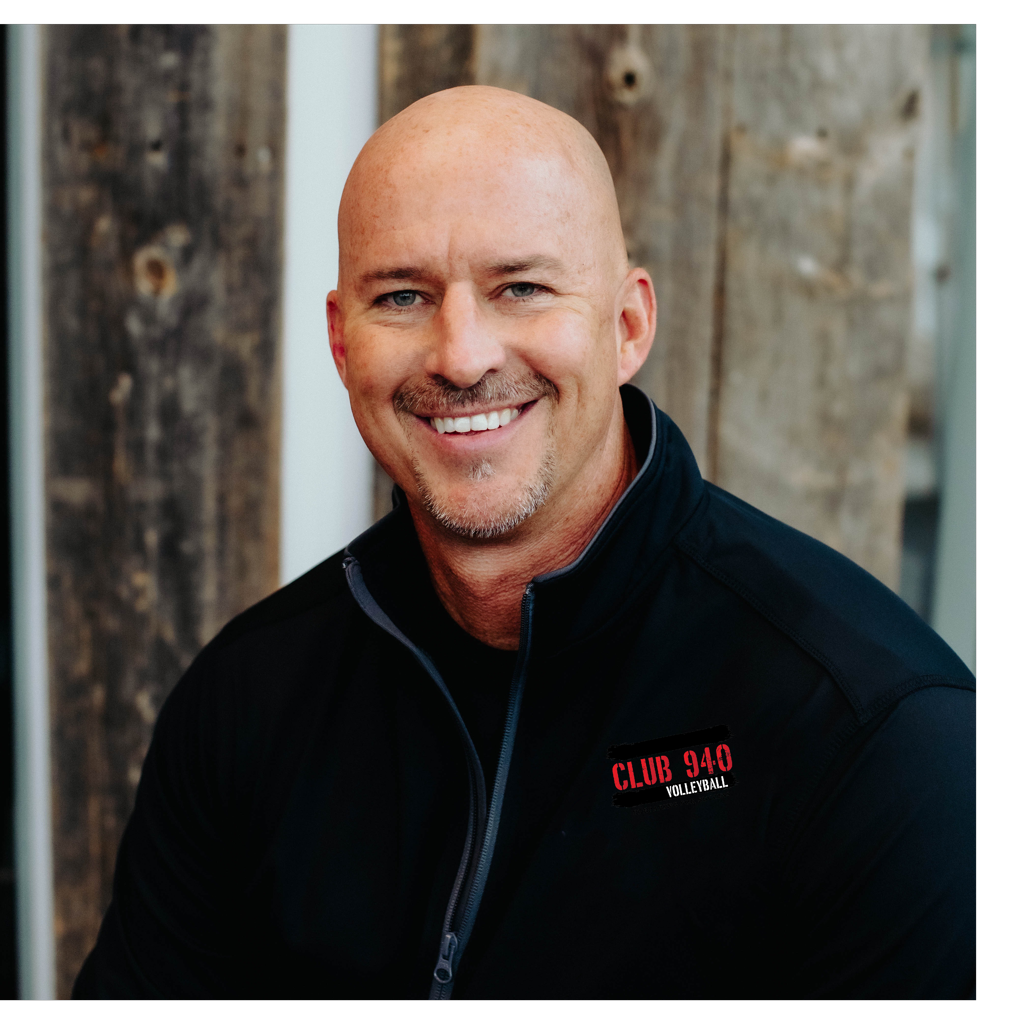 Jerod is the Director of Strength & Conditioning and Wellness Coordinator for all of Denton ISD. He offices out of the Denton Ryan High School campus where he personally works with athletes alongside his staff members.  A graduate of The University of Missouri – St. Louis, he has been coaching at the high school level for 22 years. Jerod was a head coach and varsity assistant basketball coach for 10 years in St. Louis and at Keller High before moving into strength and conditioning in 2007. He is a Certified Strength and Conditioning Specialist, Certified Personal Trainer, Certified Sports Nutritionist, and is also certified in Functional Movement Screening. Jerod has worked with hundreds of athletes through camps, small group training, and private training. He has trained many collegiate and Division 1 athletes including his own 3 children who were/are track athletes for UT, SFA, and Texas Tech. He stays very active training athletes and adults daily. Jerod has been married to his wife Amy for 27 years and is also the owner of Anytime Fitness of Denton.

“My personal philosophy in helping individuals reach their full potential of athletic ability is that all areas of performance have to be trained. Strength, power, speed, agility, balance, flexibility, mobility, and stability all play a key part in athleticism. A weakness in one of these areas will have an impact on performance. Therefore, the key to performance training is to assist the athlete in improving and developing in each of these areas progressively.” 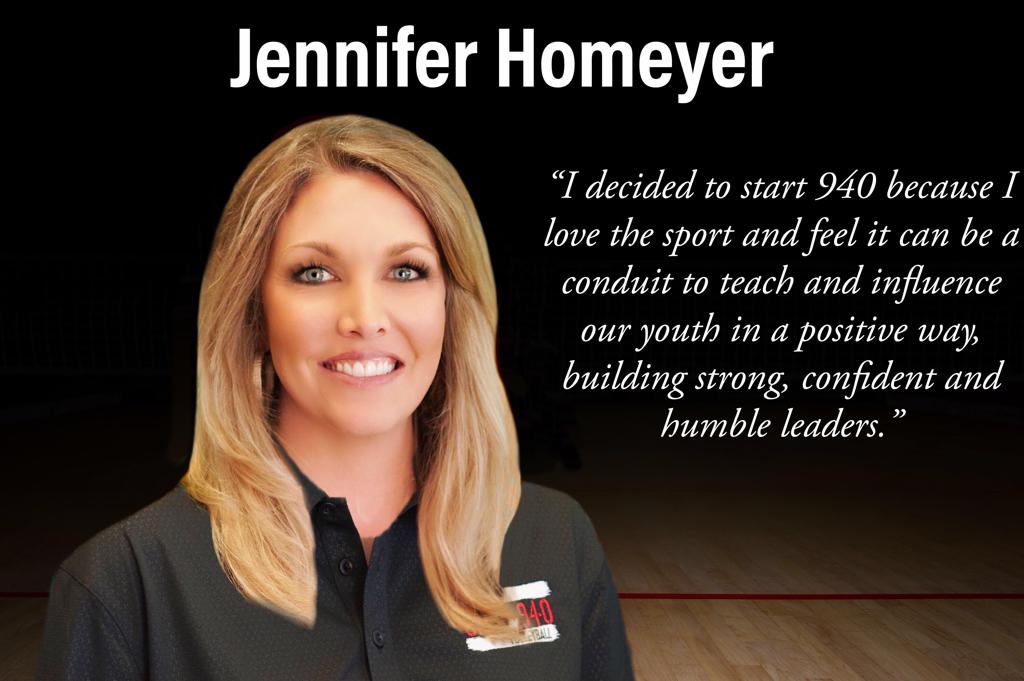 Jennifer is the proud owner of Club 940 Volleyball. Every day, she rolls up her sleeves to take care of the behind-the-scenes duties of the Club’s operations while also ensuring our children have the best volleyball coaches and mentors under one roof. She handles all the Club’s social media efforts and helps negotiate the best venues and tournaments for Club 940 to practice and compete. More importantly, Jennifer represents the parents’ viewpoint – an often overlooked piece of engagement and partnership that is desperately needed in Club volleyball as we move forward in building strong-willed, confident, courageous, and athletically-gifted volleyball players and women.

Jennifer is a Jane of all trades. Not only is she a successful business owner, but she’s a wife, mother of three, registered nurse, and former personal trainer. She also has her own modest background in athletics, having once been a two-sport athlete at La Vernia High School near San Antonio. She went on to letter in her one year playing volleyball at Texas A&M-Kingsville and attributes her time competing in team sports as a big reason why she has grown so much as a person.

That independence and never-say-quit attitude are what Jennifer wants for every girl competing with Club 940. Jennifer never had the privilege of growing up in a Club environment, but she has a child who has. So she sees Club 940 as an opportunity to make the experience unlike anything players these days have seen before. Even if volleyball isn’t their long-term goal, each girl who commits themselves to Club 940 will receive daily instruction and a solid foundation in the sport while also gaining self-confidence as they are lifted up by teammates and their coaches.

Jennifer’s goal for every parent, player, coach, and staff member is to create a positive experience where everyone feels like they are part of a cohesive unit – but more importantly, a FAMILY.